Addressing tolerance and diversity discourses in Europe. A comparative Overview of 16 European Countries

In 2001, violent conflicts between native British and Asian Muslim youth took place in northern England. In 2005, the civil unrest amongst France’s Muslim Maghreb communities expanded all over the country. In 2006, the publication of pictures of the prophet Muhammad in Denmark generated the so-called ’cartoon crisis’. Muslim communities have come under intense scrutiny in the wake of the terrorist events in the United States (2001), Spain (2004) and Britain (2005). Extreme right wing politicians such as Geert Wilders in the Netherlands and parties such as the Northern League in Italy gained votes playing on the electorate’s fears of the ‘Muslim’ or the ‘immigrant’. The current economic crisis provides further fruitful ground for racist and discriminatory behaviour towards minorities: the massive expulsions of Roma populations from Italy in 2008 and from France in 2010 have been sad examples of rising xenophobia and racism.

During the first decade of the 21st century, politicians and academics have been intensively debating the reasons underlying such tensions and what should be done to enhance societal cohesion in European societies. The question that is being posed, some times in more and others in less politically correct terms, is what kind of ethnic, cultural or religious diversity can be accommodated within liberal and secular democracies and in what ways (see also Vertovec and Wesserdorf eds. 2010; Triandafyllidou, Modood and Meer, eds. 2011; Zapata-Barrero and Ewijk, eds. 2011). A number of thinkers and politicians have advanced the claim that it is almost impossible to accommodate certain minority groups, notably Muslims, in European countries because their cultural traditions and religious faith are incompatible with secular democratic governance. Others have argued that Muslims can be accommodated in the socio-political order of European societies provided they adhere to a set of civic values that lie at the heart of European democratic traditions and that reflect the secular nature of society and politics in Europe. Others still have questioned the kind of secularism that underpins state institutions in Europe. Some writers have also argued that citizen attitudes towards religion in Europe are not secular but rather tend towards individualised forms of religiosity. Hence the tension with Muslims lies at the level of public or private expression of religious feelings rather than on religiosity as such.

The debate has been intensive in the media, in political forums as well as in scholarly circles. In policy terms, the main conclusion drawn from such debates has been that multicultural policies have failed and that a return to an assimilationist approach (emphasising national culture and values) is desirable. The Netherlands for instance that had been a forerunner in multicultural policies since the 1980s has shifted, at least at the symbolic level, towards such a view establishing integration courses for newcomers to the Netherlands and a civic integration test to be undertaken by prospective migrants before departure from their country of origin (Ter Wal, 2007; Vasta, 2007).

In the face of mounting civil unrest and social exclusion of second-generation immigrant youth, the French government has reasserted its Republican civic integration model banning religious symbols from schools in 2004 (Kastoryano, 2006; Guiraudon, 2006) and the wearing of the integral veil (burqa or niqab) in 2010. Germany, home to one of the largest Muslim communities in Europe, is a somewhat ambivalent case. On the one hand, politicians officially acknowledged that Germany is an immigration country and a multicultural society making integration the new buzzword during the last decade; on the other, the restrictive implementation of the liberal citizenship law of 2000 led to a decrease in naturalisations (Schiffauer, 2006; Green, 2004). Britain and Sweden are perhaps the only European countries that have maintained in practice (even if they changed the terminology used) a political multiculturalism approach. Concerns for cohesion, however, and an underlying need to retrieve an inclusive understanding of Britishness – particularly in the aftermath of the July 2005 London bombings – have led recent governments to introduce a ‘Life in the United Kingdom test’ (a civic integration test) and civic ceremonies (Meer and Modood, 2008) .

While traditional immigration countries in central and western Europe experience an identity crisis confronted with jihadist terrorism and social unrest among immigrant communities, the so-called ‘new hosts’ like Spain, Italy, Greece or Portugal are left to their own devices. The multiculturalism crisis comes at a time when these countries just started acknowledging their de facto multicultural and multiethnic composition. The perceived failure however of the cultural diversity approach adopted by the ‘old hosts’ discourages multicultural integration policies in southern Europe, reinforcing the view that immigration may be economically a good thing provided that immigrants become assimilated into the dominant national culture (Zapata-Barrero, 2006; Triandafyllidou, 2002; Calavita 2005). The question of ethnic minority integration becomes more complicated, perhaps paradoxically, due to the European integration process. Old and recent member states strive to accept diversity within Europe as well as to define their geopolitical and cultural position within the continuously enlarging European Union. National identities are under pressure by the Europeanisation process – especially as regards the former Communist countries that joined the EU in 2004 and 2007 (Kuus, 2004; Triandafyllidou and Spohn, 2003, dell’Olio, 2005; De Bardeleben, 2005). The question of Turkey’s accession into the EU has given rise to fervent debates about: the Christian roots of European values; the compatibility between a predominantly Muslim country with a secular constitution and an Islamic governing party and the rest of the EU; and the borders of Europe – the question of where does Europe essentially end? (Zapata-Barrero, ed. 2010) 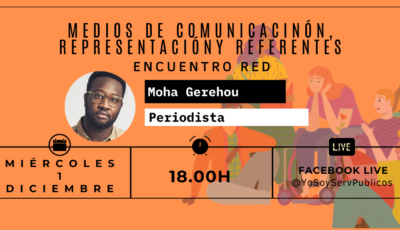 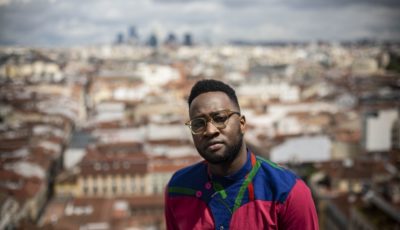